Four Nights of a Dreamer is, for me, one of the most sublime films by Robert Bresson, along with his much-maligned French Resistance drama Les Dames du Bois de Boulogne, with a script by Bresson from Denis Diderot’s Jacques le fataliste and incomparably witty dialogue by Jean Cocteau. But while Les Dames is readily available on DVD, Four Nights is not. I saw it when it first opened in New York at the Vivian Beaumont Theater on a gorgeous 35mm print, and was stunned by the film’s sensuous beauty, and its rendition of Paris at night as a city of romance and artistic endeavor, in which the young – giving their lives to love and art – were the film’s undoubted protagonists. 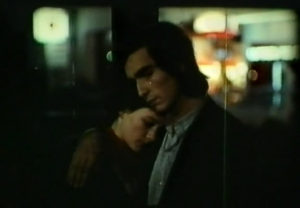 Since then, I’ve screened Four Nights on several 16mm prints in my film classes when that format dominated college programs. But with the collapse of New Yorker Films as a non-theatrical distribution agency and end of 16mm as a viable distribution platform, it has, for all intents and purposes, been completely unavailable in anything other than very-poor-quality bootleg DVDs (don’t bother – really) and a streaming version on Filmbox that does little justice to Bresson’s sumptuous mise-en-scène, to say nothing of Pierre Lhomme’s gorgeous cinematography.

Based on Fyodor Dostoyevsky’s 1848 short story “White Nights” – which was also brought to the screen by Luchino Visconti in 1957 as Le Notti Bianche and James Gray in 2008 as Two Lovers – Four Nights tracks the daily existence of Jacques (Guillaume des Forêts), a young painter who becomes obsessed with Marthe (Isabelle Weingarten) after he encounters her contemplating suicide by jumping off a bridge. He convinces her not to jump, and, over the next few days, the two become inseparable. Jacques’ determination to win Marthe as his lover becomes overwhelming, but Marthe still pines for her lost love (Maurice Monnoyer) who remains omnipresent in Marthe’s affections and, significantly, is never named.

The ending is as mysterious as it is inevitable; I won’t spoil it here, in the hope that you’ll look up Four Nights and stream the only legally available version at Filmbox. But it’s a poor substitute for the rich, lush imagery of the original version; if any film ever deserved a Criterion edition, this is the one. I’ve been beating the drum for a DVD since 2011; perhaps mentioning the lack of a DVD or Blu-ray here will help remedy this oversight. No doubt the reason has to do with rights and clearances, but, frankly, I don’t care about such things when they prevent one of the most transcendent works from being readily available in a version that brings out the original’s full beauty. Until then, it’s streaming, a 35mm print (if you’re lucky enough), or nothing. 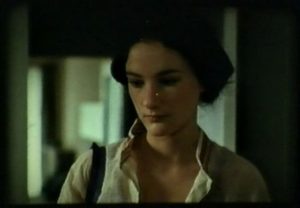 Wheeler Winston Dixon is the James Ryan Professor of Film Studies, Coordinator of the Film Studies Program, Professor of English at the University of Nebraska, Lincoln, and, with Gwendolyn Audrey Foster, editor of the book series Quick Takes: Movies and Popular Culture for Rutgers University Press. Dixon’s book A Short History of Film (2008, co-authored with Gwendolyn Audrey Foster) was reprinted six times through 2012. A second, revised edition was published in 2013; a third revised and expanded edition is forthcoming in 2018. The book is a required text in universities throughout the world. Dixon’s book Black & White Cinema: A Brief History (2015) was featured on Turner Classic Movies as part of their series “Artists in Black and White.” Just published is Dixon’s newest book, A Brief History of Comic Book Movies (co-authored with Richard Graham (Palgrave Macmillan, 2017); forthcoming in late autumn 2017 is The Life and Films of Terence Fisher: Hammer Horror and Beyond (Auteur Press / Columbia University Press).