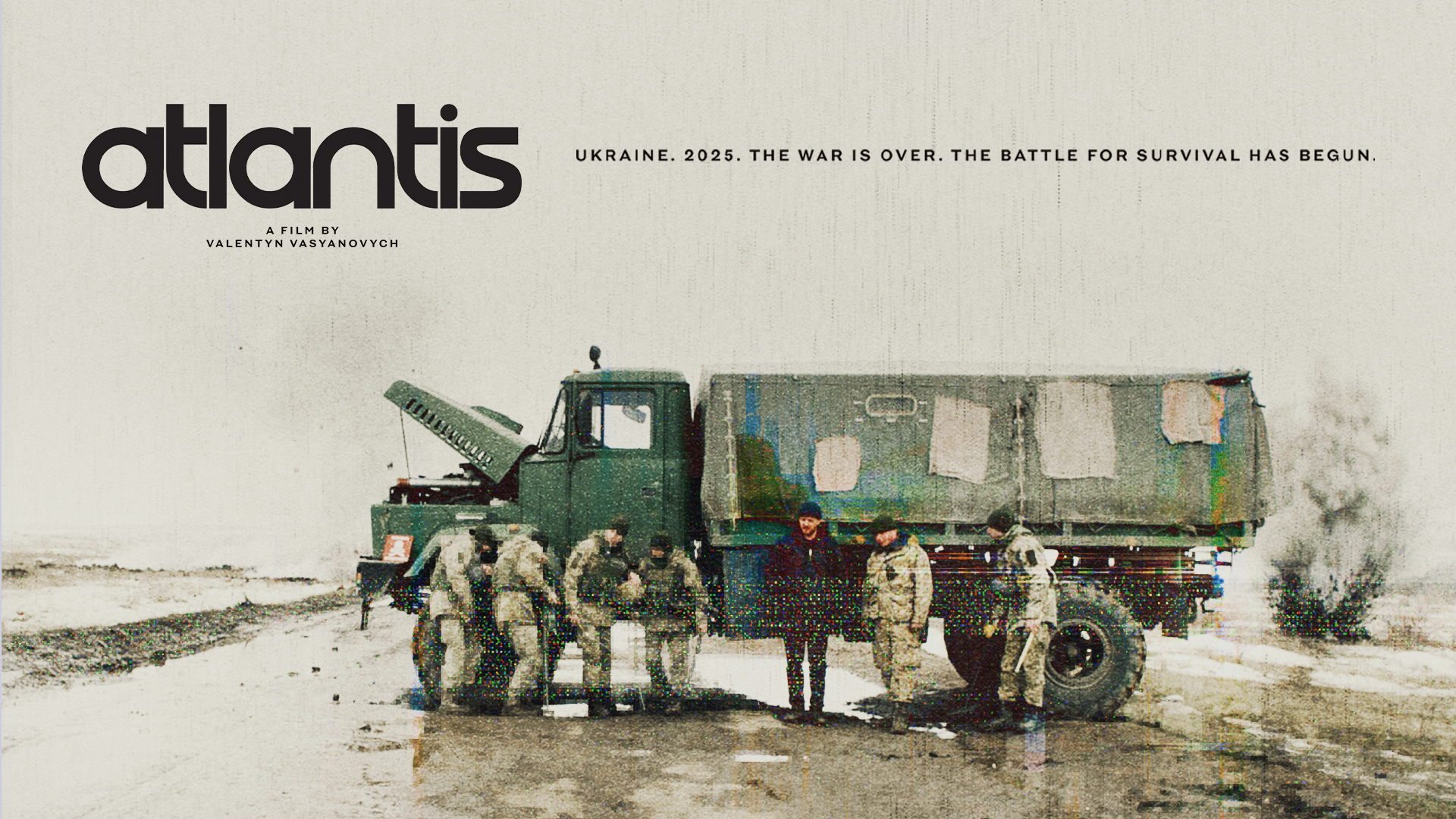 Ukraine's official selection for the 2021 Academy Awards, Valentyn Vasyanovych's ATLANTIS is visionary and suddenly-prescient sci-fi drama that imagined a Russian invasion of his country, and its aftermath. Eastern Ukraine, 2025. A desert unsuitable for human habitation. Water is a dear commodity brought by trucks. A Wall is being build-up on the border. Sergiy, a former soldier, is having trouble adapting to his new reality. He meets Katya while on the Black Tulip mission dedicated to exhuming the past. Together, they try to return to some sort of normal life in which they are also allowed to fall in love again.

“An electrifying post-apocalyptic vision…. One of the most jaw-dropping shots of the year… absolutely deserving of the biggest canvas possible — it’s a world you want to live in.”
– Ryan Lattanzio Indiewire