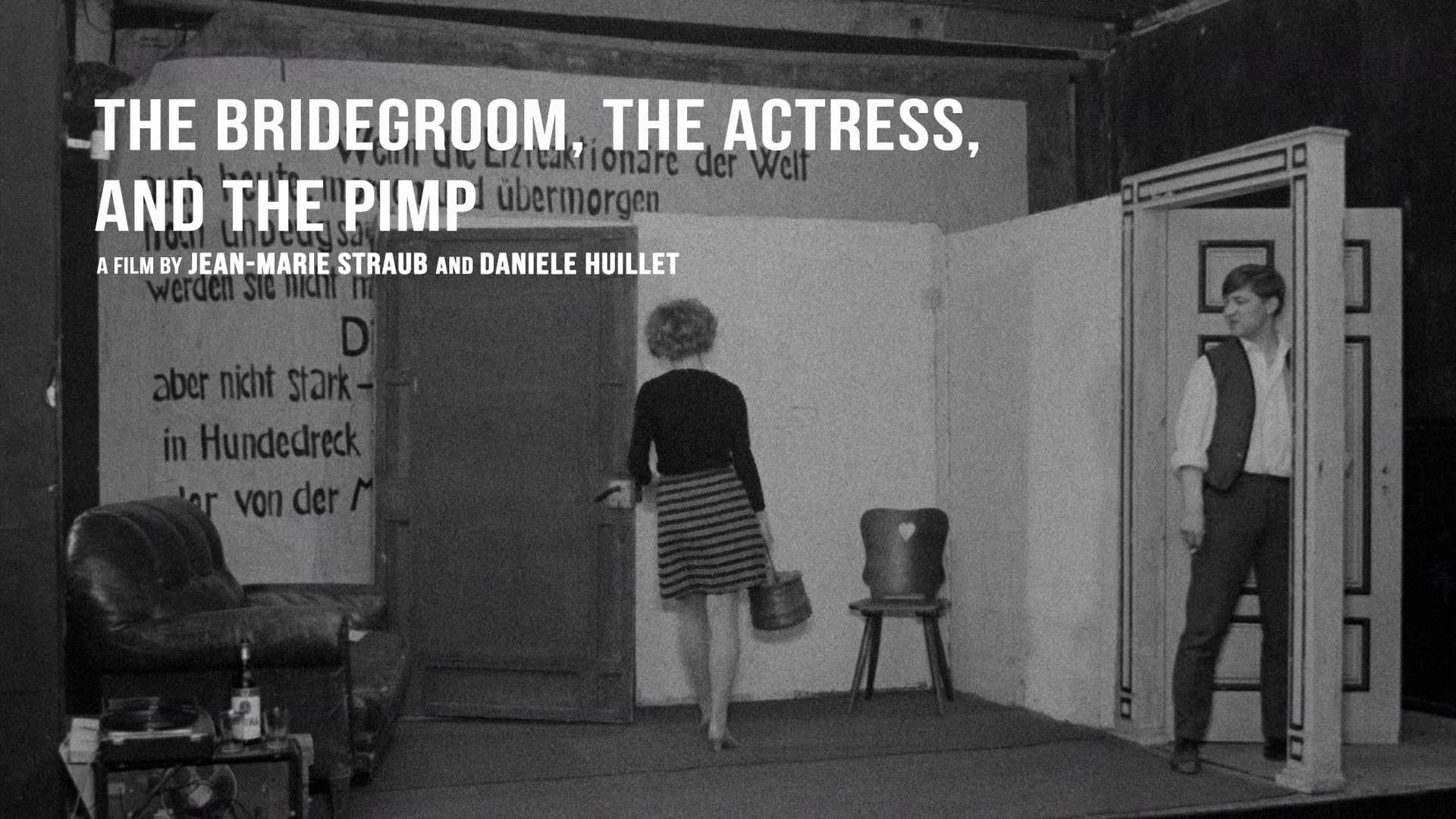 The Bridegroom, the Actress, and the Pimp

Love is a tawdry transaction, and a coercive weapon of the ruling class, in this exhilarating, controversial product of the Munich Action-Theater, an immediate forerunner to Rainer Werner Fassbinder’s Anti-Theater productions of the late 1960s. Invoking the writings of Chairman Mao and the events of Paris 1968, Straub and Huillet cast Hermann, Schygulla, and Raben (who would soon become regulars of the Fassbinder acting ensemble) along with Fassbinder himself in this radical condensation of Ferdinand Bruckner’s 1926 play Pains of Youth, a single 11-minute shot that is subsumed within an intricately structured, 12-shot constellation of other quotations, including poetry by Saint John of the Cross and musical passages from Bach’s Ascension Oratorio. New Digital Restoration.