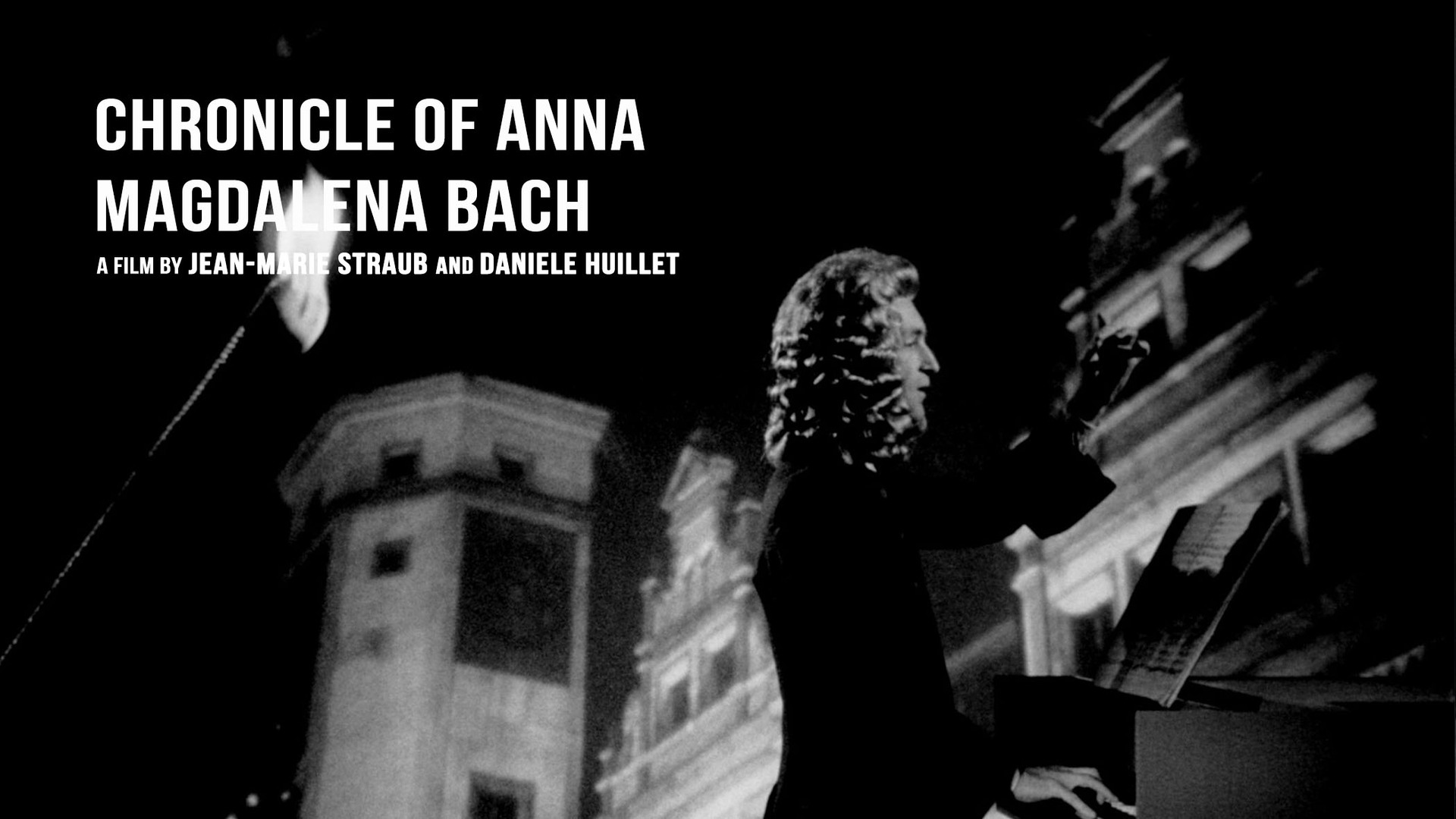 Using correspondences and texts written by Johann Sebastian Bach, and read by his wife, Anna Magdalena, filmmakers Jean-Marie Straub and Danièle Huillet have crafted one of the most precise, rewarding biopics ever put to screen. CHRONICLE OF ANNA MAGDALENA BACH’s intense emotional pull can be understood by its status as a musical film in the most thorough sense: its performances—extended sequences set within the very spaces once occupied by Bach himself, as trained performers wear and play materials accurate to the period—are immense, bringing us closer to the sound than was ever thought possible. Immaculately restored on the occasion of its 50th anniversary, CHRONICLE OF ANNA MAGDALENA BACH invites viewers to experience a bygone age.

“The experience is both transcendent and material… It evokes the 18th century while feeling as present as a live concert.”
— J. Hoberman, The New York Times