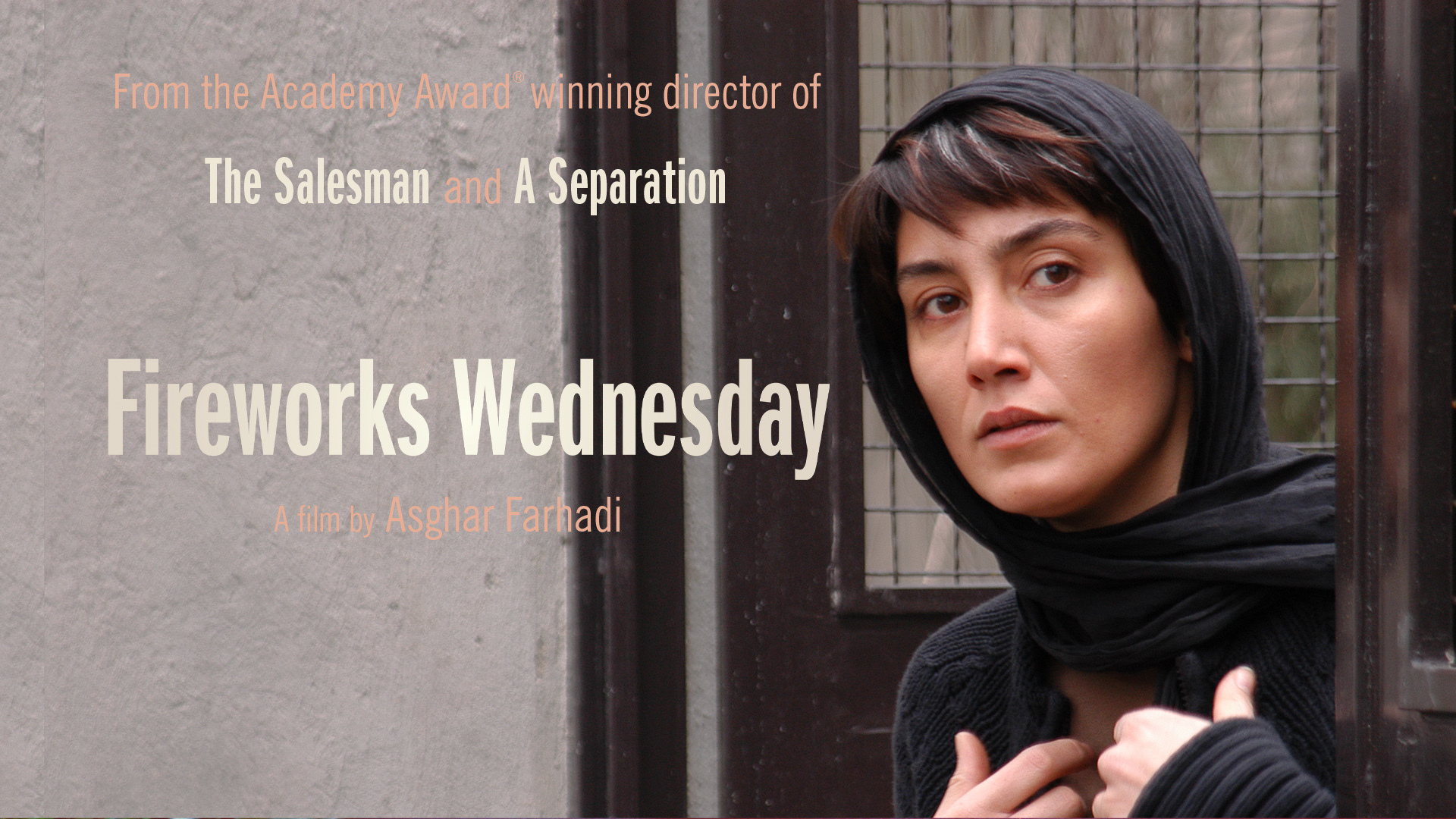 From the two-time Academy Award winning director of THE SALESMAN and A SEPARATION, Asghar Farhadi’s FIREWORKS WEDNESDAY is a gripping, suspenseful drama – a story of marital intrigue and betrayal set against the backdrop of the Persian New Year. Rouhi, a young bride-to-be, is hired as a maid for an affluent family in Tehran. Upon arriving she is suddenly thrust into an explosive domestic conflict. The wife is convinced her husband is having an affair (with a recently divorced woman living next door) and enlists Rouhi as a spy, to follow her husband, and confirm her suspicions. What Rouhi discovers, however, threatens not only their marriage but her own future.

Critic’s Pick! “As with Mr. Farhadi’s other films, every detail of speech and body language resonates.”
— The New York Times

“Enigmatic and compulsively engrossing… Gives viewers a chance to watch a master at work — before he was acknowledged as a master.”
— The Washington Post