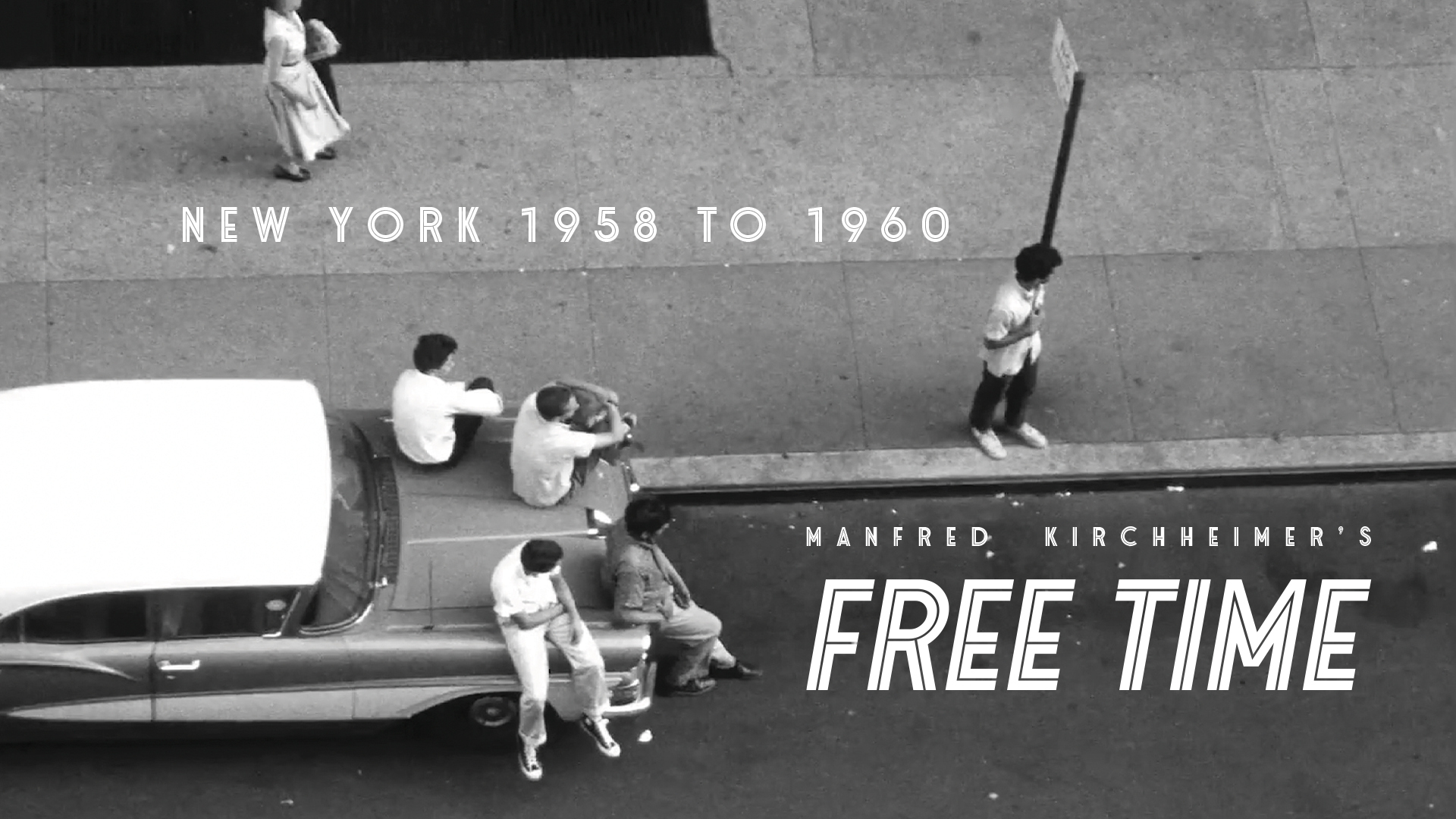 In the tradition of New York’s greatest street photographers, Free Time is a new film based on lustrous B&W footage Kirchheimer and Walter Hess shot throughout the city from 1958-1960. New York’s stately architectural beauty contrasts with rough and raw scenes of kids playing stickball, window washers balancing precariously, and stoop sitters reading the paper or daydreaming. The ways in which life in Washington Heights differs from Hell’s Kitchen, the Upper West Side, or the Financial District are captured with a sensitive, loving eye and an ear for the musical rhythms of city life.

“Kirchheimer excavates the sights — and constructs the sounds — of a lost New York…. Through the magic of montage, the city symphonist Manfred Kirchheimer brings fresh life to sights and sounds that New Yorkers have often taken for granted.”
– The New York Times