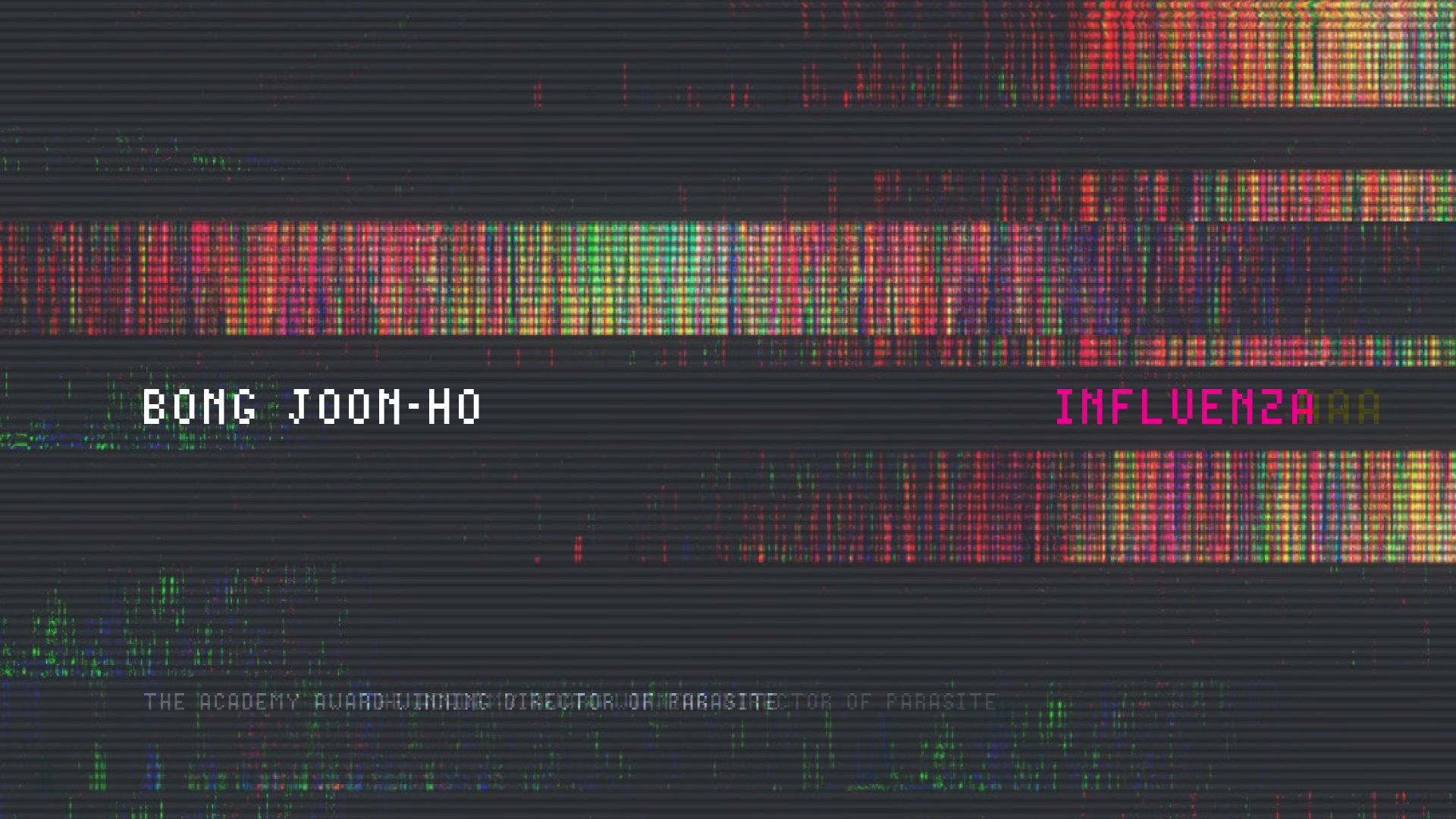 From the Academy Award winning director of PARASITE, Bong Joon-ho’s INFLUENZA is a startling short film that marks a singular achievement in the filmmaker’s thrilling body of work. Such an impression is clear from the very first image — a security-camera perspective through which he’ll orchestrate his characteristic tensions, twists, and brutal acts of violence — and grows stronger the deeper we wade into his nightmare vision. Bong’s typical instances of levity are few and far between, and an extreme austerity only heightens the mystery, the shock of what unfolds. By film’s end you’ll be asking yourself, more than with any of his works, “What did I even see?” Completed between MEMORIES OF MURDER and THE HOST but never before released, INFLUENZA demonstrates a young filmmaker reaching the height of his powers.

“Displays his breadth and evolution as one of the modern heirs to Hitchcock… Shots are often fixed at odd angles (except for one scene that rather horrifyingly uses an oscillating security camera in a parking lot) — all of which only manages to heighten the darkness of the physical comedy.”
— Vulture

“INFLUENZA shows what an ingenious filmmaker can do by setting himself a single, precise problem. Crossing the border between commercial fiction and avant-garde experimentation, the film deserves wider circulation.”
— David Bordwell, Observations on Film Art