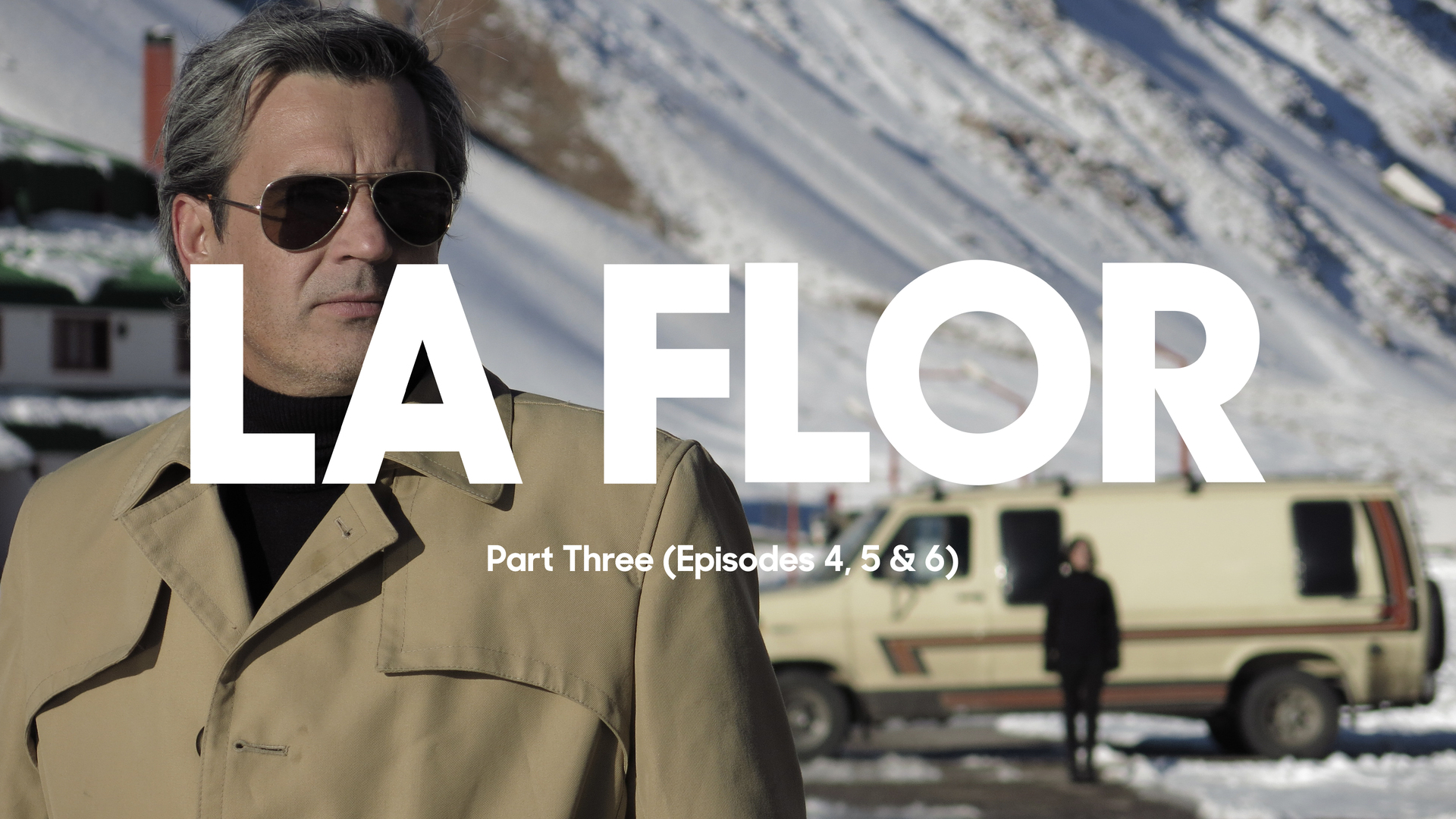 A decade in the making, Mariano Llinás’s LA FLOR is an unrepeatable labor of love and madness that redefines the concept of binge viewing. Filmed around the world, LA FLOR is composed of six distinct episodes, each starring the same four actresses: from a monster movie to a musical to a spy thriller to a remake of a French classic. Hailed by critics and selected to numerous ten best lists, LA FLOR is an epic adventure in scale and imagination, a wildly entertaining and addictive ode to the power of storytelling. This part includes episodes 4, 5 & 6.

“An astonishment… a dazzling collision of stories and genres, flashbacks and voiceovers, games and riddles… extraordinary… sweeping and addictive… the definition of a must-see.”
— Justin Chang, Los Angeles Times

“A marvel. LA FLOR is like nothing else you’ll see this year — or next year, last year, or any other year. A singular experience.”
— Michael Nordine, The Wrap

“The Best Film of the Year! For nearly fourteen hours, this protean magnum opus, held together by an extraordinary quartet of actresses, immerses us in the pleasures of densely detailed fiction.”
— Melissa Anderson, Artforum 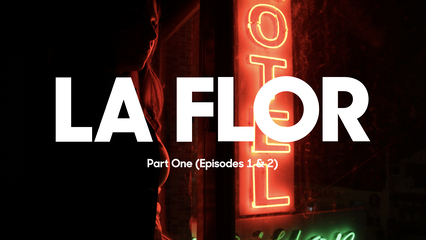 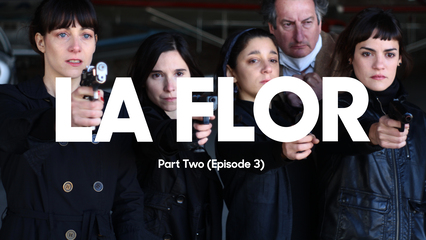 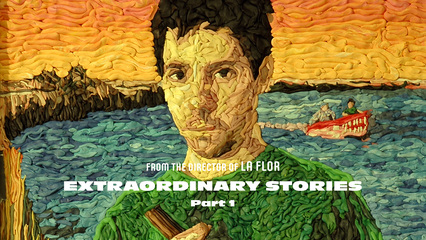 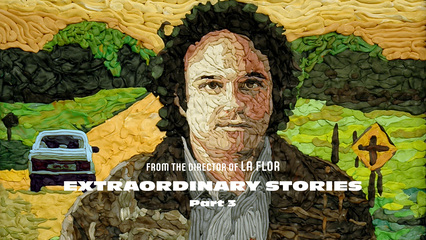