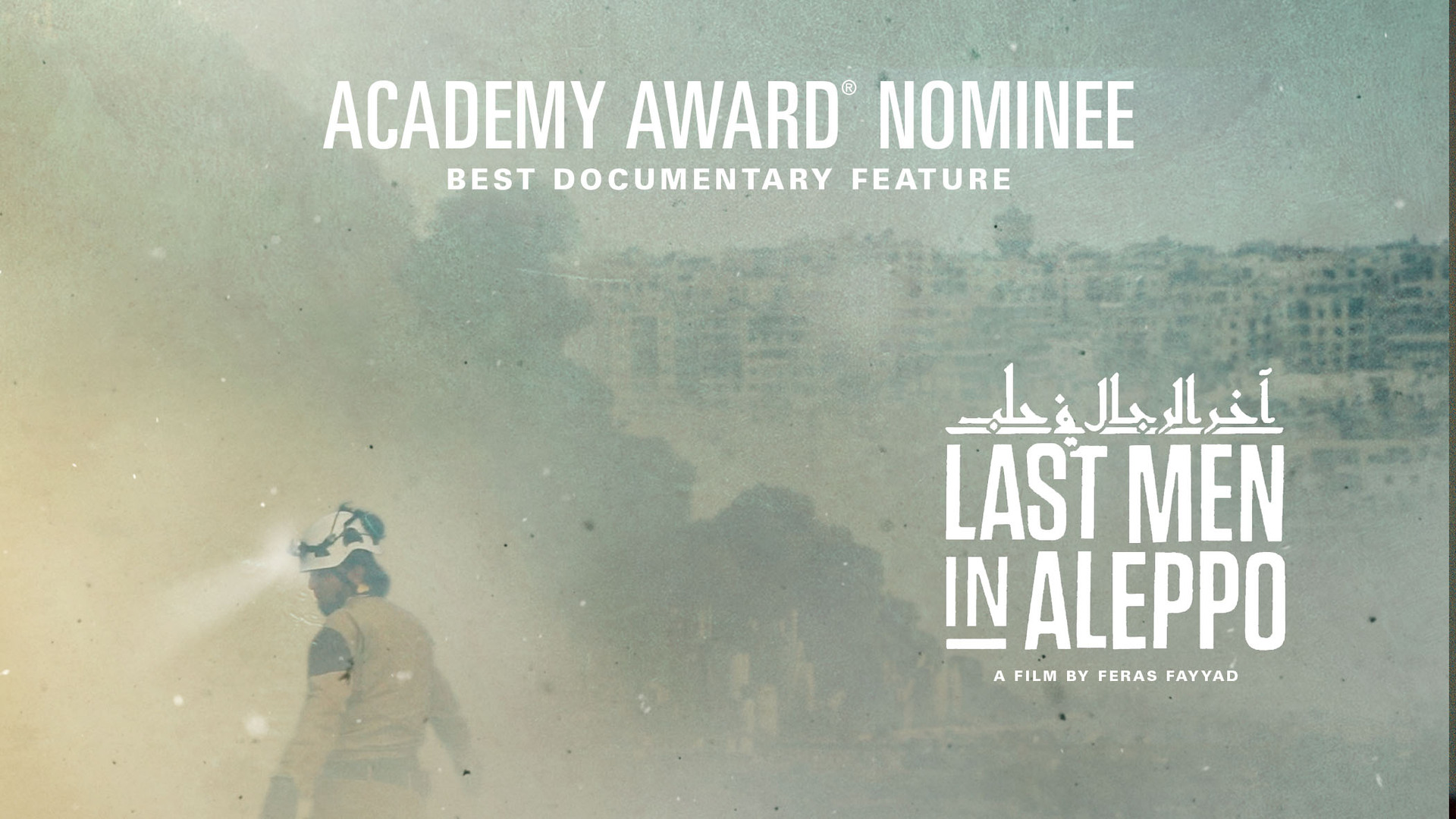 Academy Award Nominee for Best Documentary Feature and winner of the Grand Jury documentary prize at the Sundance Film Festival, Syrian filmmaker Feras Fayyad’s breathtaking work — a searing example of boots-on-the-ground reportage — follows the efforts of the internationally recognized White Helmets, an organization consisting of ordinary citizens who are the first to rush towards military strikes and attacks in the hope of saving lives. Incorporating moments of both heart-pounding suspense and improbable beauty, the documentary draws us into the lives of three of its founders — Khaled, Subhi, and Mahmoud — as they grapple with the chaos around them and struggle with an ever-present dilemma: do they flee or stay and fight for their country?

“You should — you must — see LAST MEN IN ALEPPO.”
— David Edelstein, Vulture

“A masterpiece.”
— Nick Fraser, The Guardian