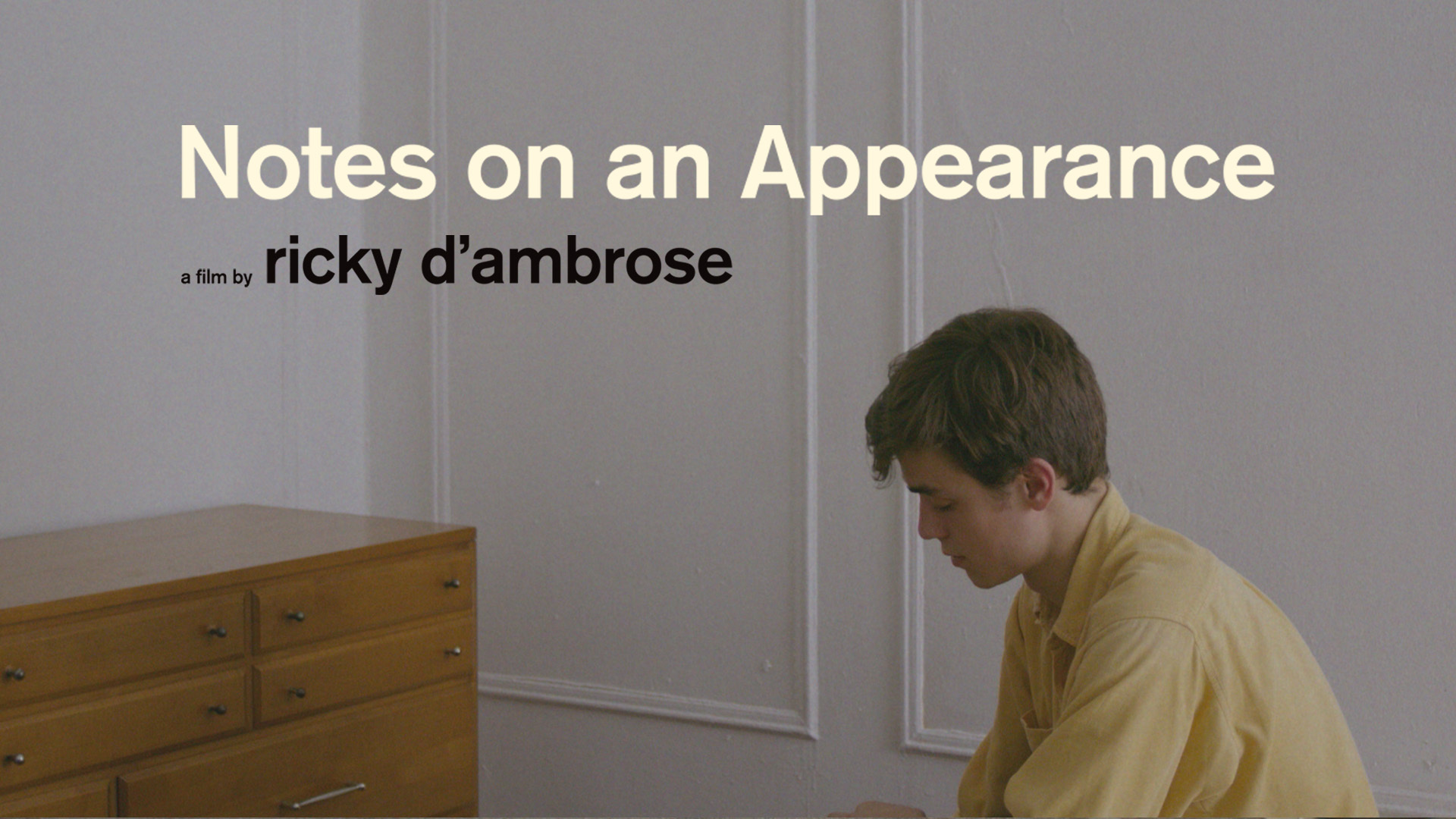 Notes on an Appearance

A young man’s disappearance is at the center of an enigmatic, haunted film set inside New York City apartments, subway stations, bookstores, and cafés as the supporters of an elusive political theorist embark on a covert program of indiscriminate violence and censure. But Todd and Madeleine, who search for the missing David, soon enter the company of strangers promising diversion and intrigue, and the reasons for David’s disappearance become much less preoccupying — and less meaningful.

“An anti-mystery in the tradition of L’AVVENTURA assembled with the cool reserve of Robert Bresson.”
— Calum Marsh, Village Voice

“Conjures a vast imaginary world of intellectual intrigue in tiny, antic touches, which provide the context for a febrile drama of youthful ambition and frustration.”
— Richard Brody, The New Yorker