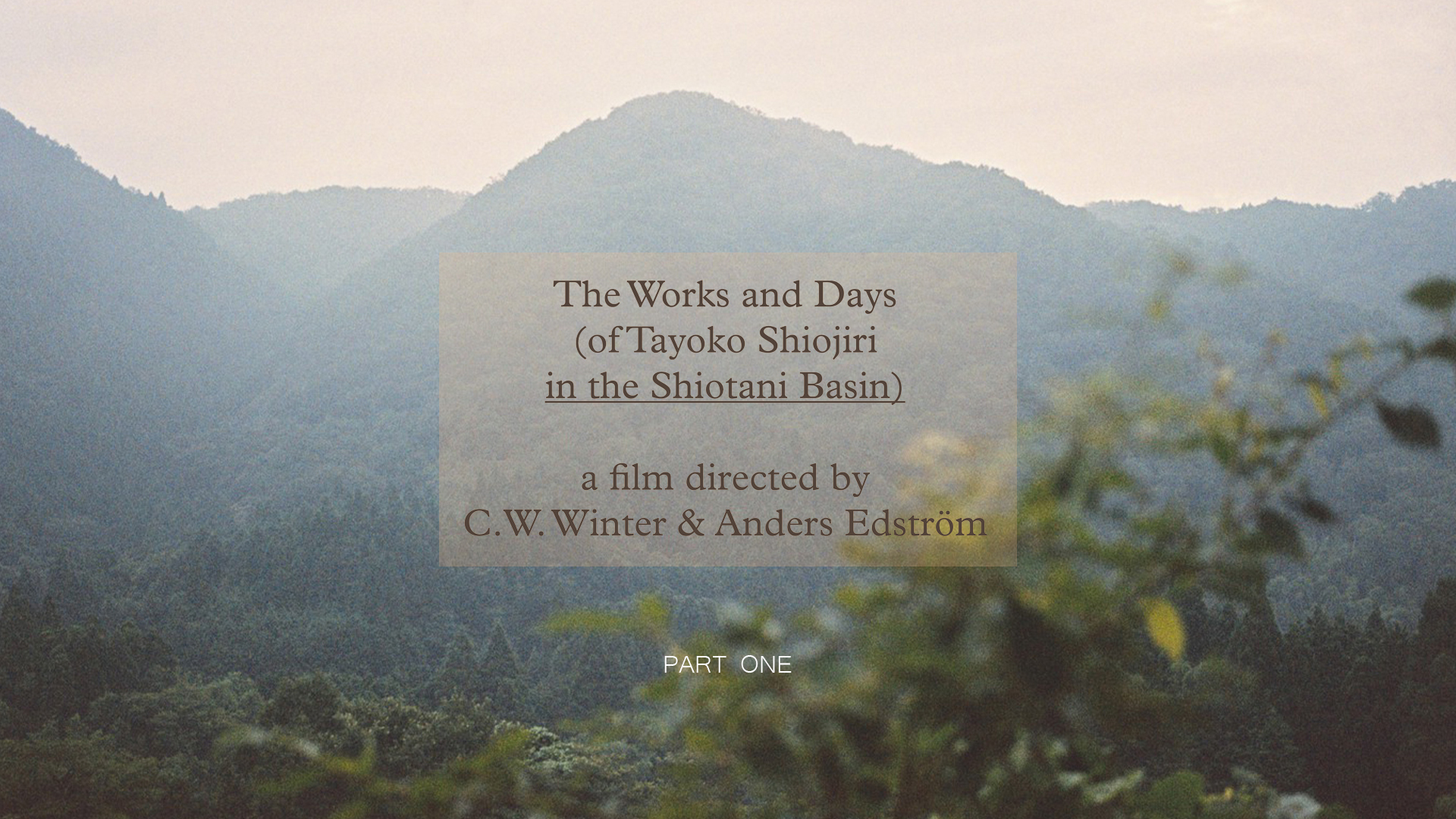 The Works and Days: Part I

The Works and Days (of Tayoko Shiojiri in the Shiotani Basin) is an extraordinary eight-hour fiction feature shot for a total of 27 weeks, over a period of 14 months, in a village of 47 inhabitants in the mountains of Kyoto Prefecture, Japan. It is a geographic description of the work and non-work of a farmer. A portrait, over five seasons, of a family, of a terrain, of a soundscape, and of duration itself. It is a film that takes the time to spend time and hear people out, with a performance by Tayoko Shiojiri that binds fiction and actual bereavement into a heartbreaking interminability.

“C.W. Winter & Anders Edström’s eight-hour The Works and Days (of Tayoko Shiojiri in the Shiotani Basin) premiered in the initial Encounters competition at the Berlinale, where it was the deserved winner…[A] brief introduction does no justice to the experience of watching The Works and Days, an utterly confident, magisterial effort that will stand the test of time.” - Mark Peranson, Cinema Scope

“A day spent in darkness, a 480-minute wager that the long take is not the only path to duration. A sustained look at a family and the land that it works, at once intimate and expansive. More than a film to watch, The Works and Days is a film that engulfs you.” - Erika Balsom, Artforum
“A verdant epic of agrarian labor and intimate moments, the film’s intimidating runtime is wholly justified, with the slow passage of time generating a form of detached immersion, allowing for a deeper connection with Tayoko and her surrounding environment…Certain films, like certain landscapes, stay with you long after you leave them, and The Works and Days is one such film — a tender and unforgettable portrait of a community on the brink of extinction.” - Patrick Gamble, Kinoscope 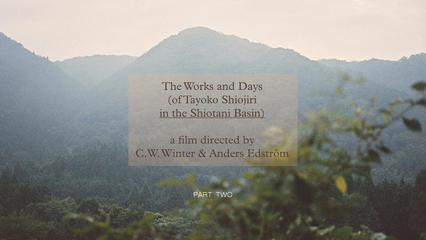 The Works and Days: Part II The Works and Days: Part III 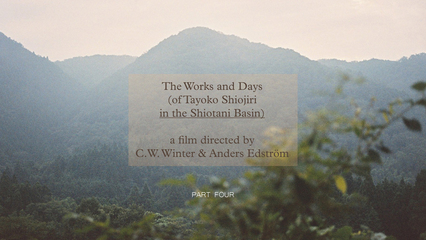 The Works and Days: Part IV